As 2015 comes to an end, the Asian Canadian Labour Alliance would like to take this moment to reflect on the work that was undertaken over the last twelve months. 2015 can be summed by the following words: sadness, anger, outrage, hope and resilience.

Earlier this year, ACLA was saddened by the passing of our beloved treasurer, Gloria David. Gloria was active with ACLA since its founding. Sister David was dedicated to her work both in ACLA and within her union. Gloria will be missed by all.

Globally, labour activists reacted with anger to the ongoing wars and occupations that lead to the largest mass migration since the Second World War. As labour activists it is critically important that we continue to call on our government to end our involvement in the killings of innocent civilians across the Middle East. Additionally, we should urge our unions to not participate in the war economy.

Canadians responded with open hearts to the Syrian refugee crisis; a testament of our desire to show solidarity with oppressed peoples. However, we need to expand our support for other displaced communities across the globe. We cannot reinforce that some refugee communities are more deserving than others.
2015 saw the mass deportation of tens of thousands of temporary foreign workers from Canada. Receiving scant media attention, these migrants have falsely been painted as the enemy of Canadian workers.

Non-Aboriginal communities were once again reminded of the historical injustices that have been committed against our Aboriginal sisters and brothers. Whether it was the recent announcement of the public inquiry into Missing and Murdered Indigenous Women or the commission into residential schools, Canada has engaged in an ongoing process of genocide against First Nation communities. Our work towards justice must include efforts to end the apartheid like conditions that Aboriginal communities are subjected to. In 2015, it is inexcusable that many Aboriginal communities are denied access to clean water, electricity and decent housing.

Across the continent, mass mobilization against racism and police violence against the Black community continues. ACLA stands in solidarity against the systemic assault on racialized and Aboriginal communities.

In Ontario, community and labour activists continue to call on the province to increase the minimum wage to $15 dollars. Ontario joins in solidarity with campaigns across the continent where low wage workers are fighting back to demand decency at work. We hope that the current review panel on Employment Standards hears these voices loud and clear that no worker should be forced to live in poverty.

Finally, labour activists played an instrumental role in ousting the Harper regime from 10 years of anti-feminist, anti-worker and anti-immigrant policies. The on-the-ground work of ordinary people who were sick and tired of divisive and hateful policies mobilized to demand change. This same hope for a better future must be balanced with a continued resilience to continue to fight back against austerity measures and trade policies such as the Trans Pacific Partnership which would negatively impact the lives of future generations.

Against this backdrop, ACLA has spent the year working on and additionally supporting various campaigns and causes. Some highlights include:

Thank you to all our ACLA members and allies for your ongoing work and support.  A special thank you to ACLA member, Pura Velasco, who retired last month for her dedication and tenacity fighting for migrant justice, particularly for the rights of live-in caregivers. We are looking forward to 2016.  See you all in the New Year! 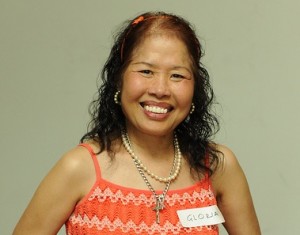 In memory of Gloria David