As 2016 comes to an end, we celebrate the victories that our movements have achieved and we rage against the increased injustice, xenophobia and racism that is impacting our communities the world over. Workers have fought and won significant victories across the continent. From recent labour victories to the fight for fairness for vulnerable and precarious workers, the demand for dignity at work has taken the continent by storm. As a result of our triumphs, a backlash is occurring. Whether it’s the recent Brexit vote in Britain, to the increasing anti-immigrant and anti-refugee sentiments or the recent election of sexist, racist and homophobic Donald Trump, once again we need to come together, organize and mobilize to demand a world free of hatred and fear.

As we move towards 2017, we must seize the lessons of the past to guide us towards victory in the future. As the elders of our movements move on, it is important to honour their sacrifices to our movement. ACLA would like to take the opportunity to recognize one of our founders, and one of the most important activists in Canada, sister Winnie Ng, who has provided invaluable contributions to our movement for over 40 years. Winnie recently retired from her position as Unifor Sam Gindin Chair in Social Justice & Democracy at Ryerson University. As both a community and labour activist, Winnie has been a trailblazer who has inspired countless activists who now are continuing the important work that she began.

It’s been another busy year for ACLA.  Thank you to the ACLA membership and allies for your ongoing support.  Below is a recap of our 2016 activities.  See you all in 2017! 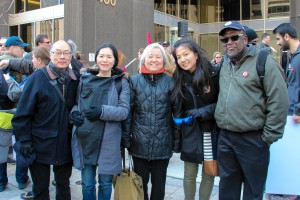 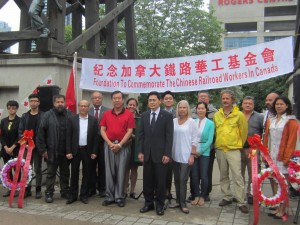 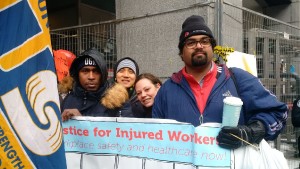