2017 became synonymous with ongoing international strife, political crisis, environmental degradation and economic turmoil. From Charlottesville, to the increasing gap in income inequality to the proliferation and ongoing threat of nuclear war, it would be easy to end this year on a negative note.

However, amidst these crises there lies many campaigns and acts of resistance that give us hope and promise that organizing makes a difference and the voices of the 99% do matter. Communities are coming together demanding a different world. Examples of this includes workers pushing for an increase in minimum wage, reforms to Canada’s pension, and steps towards developing a national pharmacare system.

As 2017 ends, workers across the world have sent a clear message that they want a better world for future generations to come. Taking to the streets, protesting, and organizing has lead to successful challenges to both neoliberalism and austerity. Collectively, let’s continue to fight back and relegate both of these destructive policies to the dustbins of history.

2018 marks a pivotal year for the Asian Canadian Labour Alliance. Anna Liu and Chris Ramsaroop, our long time Co-Chairs, are stepping down and a new, yet seasoned, group of labour and community activists take on the reign of ACLA. This transition marks an exciting phase for our organization. We want to extend our best wishes and solidarity to the newest members of ACLA’s Executive, MaryAnne Laurico, Rick Sin, Tenzin Tekan and Paul Tsang.

It’s been another busy year for ACLA.  Thank you to the ACLA membership and allies for your ongoing support.  Below is a recap of our 2017 activities.  We’re looking forward to 2018! 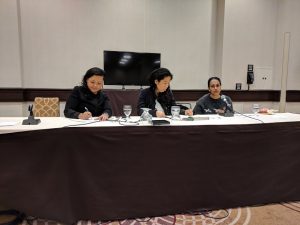 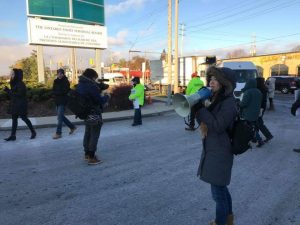 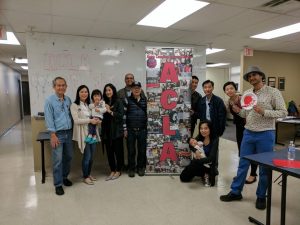 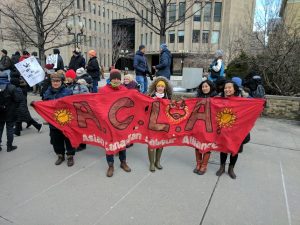