The City of Hamilton is currently displaying a special exhibit entitled “Road to Justice” which highlights the legal struggle for equal rights for Chinese Canadians.  The exhibit, curated by the Metro Toronto Chinese and Southeast Asian Legal Clinic, has been on display since the beginning of April.  To draw attention to this important piece of work, the city’s Access and Equity Office organized an educational workshop on April 24, 2015 that was attended by local community members and schools.  ACLA was invited to participate in the event and presented on the topic of social activism within the Chinese community.

In recognition of Asian Awareness Month which is celebrated every year in May, we would like to share with you a piece of Asian Canadian history.  Jennifer Mak talks about the exhibit and the important contribution Chinese Canadians have made.

History includes all events, both good and bad, many of which are interconnected. Take for instance the Canadian Pacific Railway (CPR).  The building of this railway system in the late 1800s is a great moment in our history, as it connected Canada from coast-to-coast.

It is important to understand that the past has not necessarily ‘passed’ in that the consequences of some historical events have played a part in shaping the present-day realities of some communities.  As such, there is a connection between the past and the present, and this connection may have an impact on the future.

Furthermore, some practices, laws, and systems continue today, appearing in slightly different forms.  For instance, you may have heard about Canada’s Temporary Foreign Worker Program, which recruits workers from other countries to fill work shortages; once workers’ employment contracts are over, they must return to their home countries. One could say that the Chinese workers, who helped build the CPR, were one of the first temporary foreign workers in Canada.

Racism, in its many different shapes and forms, is not a thing of the past.  This is why we must continue to discuss, address, and stand-up against racism, both individually and together as a community.

Canada is made up of multiple communities with multiple histories.  However, the histories, struggles, achievements, and contributions of some groups, e.g. Aboriginal peoples and communities of color or racialized communities, are often sidelined, selectively represented, or misrepresented.

It is therefore difficult to understand how Canada became what it is today without understanding the histories and contexts of all communities. Moreover, this isn’t just Chinese history, it’s everyone’s history.  It is Canadian history. 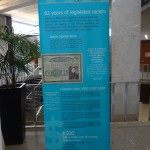 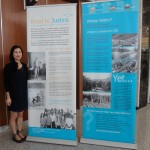 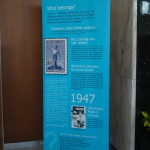